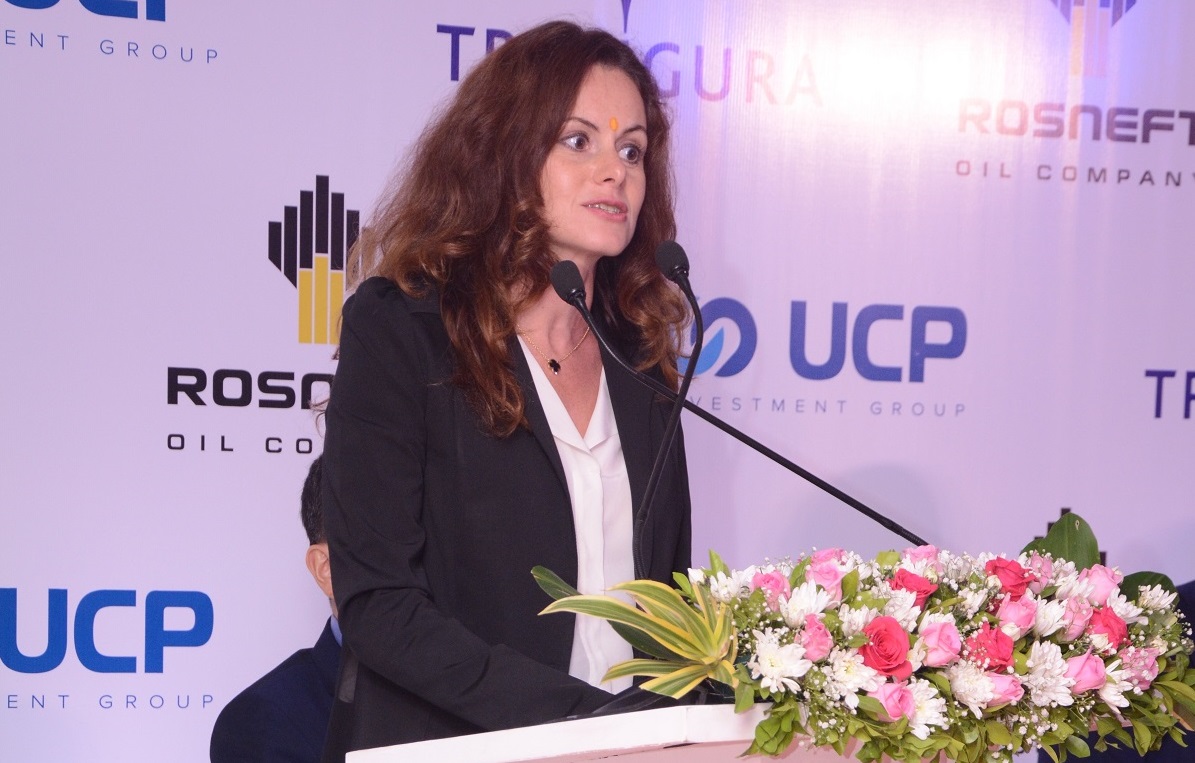 The acquisition this year of Essar Oil (EOL), India's second-largest refiner, was the largest M&A deal in India over the last decade. The $12.9 billion purchase was made by Russian oil giant Rosneft and a consortium of Russia's UCP Investment Group and international commodity trader Trafigura. EOL comprises the 400,000 barrel per day Vadinar refinery in Gujarat, the westernmost Indian province, retail fuel outlets and the Vadinar port (NC Oct.19'17). In an interview with Nefte Compass, Elena Sapozhnikova, UCP partner and EOL new board member, explains why the asset is attractive for UCP and what it expects to achieve from the investment?

Q: Why did UCP Investment Group decide to participate in the deal? Was the decision driven by economics or other factors?

A: UCP is an independent private investment group established in 2006 by Ilya Sherbovich and several like-minded professionals. Over the years, the firm has accumulated a wealth of experience in the financial markets and built a reputation as a successful investor even in turbulent market environments.

The Vadinar refinery is a world-class asset that is internationally recognized for its outstanding operational performance over many years. This deal allows UCP to get exposure to the booming Indian economy and to benefit from the development of the Indian market.

Q: Was it reasonable to make such an investment despite low oil prices?

A: EOL owns world-class refining and infrastructure assets that are strategically positioned to serve both the global market and the fast-growing Indian domestic fuel market. The acquired assets include all the necessary supporting infrastructure to the refinery itself including the deepwater port, storage capacity and on-site power station. Assets of this scale and quality appear in the market quite rarely, which makes this a unique opportunity for us.

Q: How do you know Trafigura and why did you decide to form a consortium with them for this deal?

A: As a reputable long-term investor in the market we have the benefit of seeing most of the investment opportunities through the network of investment banks and other institutional investors. This deal is no exception and was shown to us at the time when the consortium was considered. Trafigura is a well-known international commodity trader and we are very happy to be in a consortium with such a strong partner.

Q: As a financial investor, do you consider EOL as a long-term investment or are there plans to sell it sometime soon?

A: We view our investment in EOL as a long-term investment. We are happy to have this asset in our portfolio.

Q: The asset was valued at $12.9 billion, which means that the consortium of UCP and Trafigura paid some 49% of that in total?

A: The consortium (Trafigura and UCP) in total acquired 49% in EOL, the parties invested their own funds as well as attracted acquisition finance from VTB bank.

Q: How will future investments in EOL be split among the shareholders? Are there any particular investments already approved?

A: Rosneft has 49%, the consortium (Trafigura and UCP) has 49% and the remaining 2% are owned by retail shareholders and Essar.

The shareholders are expected to participate in any future equity financing of the company pro-rata to their respective shareholdings, however each investment will be considered together with the most effective way of financing it. There are potentially many financing alternatives for EOL, including fixed income and equity capital markets.

The company's current priority is to develop a robust five-year business plan including investment programs for the refinery, logistics network and its retail operations. Once the plan is approved by the board, the most efficient financing options will be considered to fund the approved expansion.

Q: Has the board already started working?

A: Yes, it has. We already had two meetings. Management board and committees were formed. The next board meeting is scheduled for December.

Q: How long will it take to evaluate the asset and its current operations?

A: We are still in the early stage, post-closing period for the deal. So we have to complete some procedures before getting into the new cycle.
Our first priority is to arrange EOL's operations under its new board, and to strengthen the balance sheet of the company.

Q: Why was the purchase of EOL delayed?

A: The delay was due to certain technical reasons, there were pending approvals from the Indian banks. The parties have been working closely together towards obtaining the required approvals and we are happy that the deal has closed. We are very grateful to the banks for helping us to complete this deal.

Q: There were reports that Essar Group had to tackle its debt issues.

A: Probably, Essar Group representatives should comment on this.

Q: What do you expect from EOL?

A: For all the new shareholders, EOL is a very significant investment, and we believe that we and other shareholders can make significant contributions to the commercial and financial performance of the company.

Moreover, recognizing the quality of assets we have acquired and the excellence of existing operational management, the new shareholders will enhance the company's ability to develop and add value to these assets, not least by strengthening EOL's balance sheet.

Also the new shareholders will ensure that EOL is run to the highest governance standards going forward.

Q: Will UCP participate in EOL operations? In crude supplies, marketing of petroleum products, the plant expansion, and so on?

A: The new shareholders are not involved in management and operations of EOL as they do not exercise control of the company either jointly or individually. The company will be run independently by its management team, overseen by the board. Rosneft and the consortium appoint an equal number of directors to the board -- four each. The board also includes independent directors. There are no matters reserved for the decision by the shareholders other than those prescribed by law.

Q: So how will UCP receive revenues?

A: Through dividends or appreciation of the company's equity valuation.

A: Currently there are no such discussions.

Q: Is UCP planning any new oil and gas investments?

A: Like any other financial investor we are looking at various industries and markets and will be happy to participate in good deals at the right moment.